It’s been a lively season. In fact, it’s been so lively that the website has remained largely static for the majority of it, with the exception of [attempting to keep up with] the schedule, which also fell off the radar somewhere before Valerie Smith and “The Liberty Pike Girls” went to Europe. But, as they say, you can’t fully live your life and write about it at the same time — or something like that… Either way, I thought a personal note from me was in order to give some highlights about season 2013 and all the living/performing/jamming that took place in it! 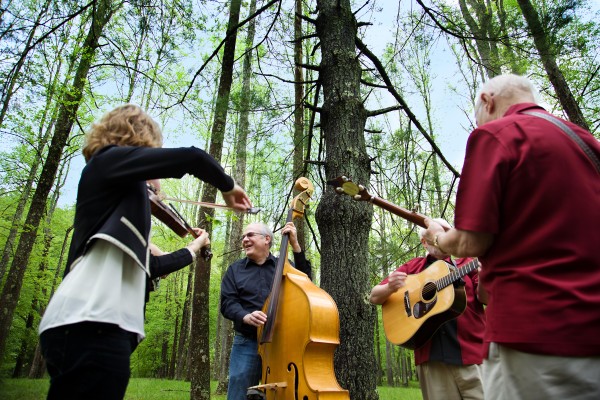 The season kicked off with the record release EXTRAVAGANZA of Wind Caught My Bike in Nashville, followed by fiddling for a bluegrass ballet with Stone County Connection in Jackson, Tennessee. The summer yielded a barrage of adventures, including an instrument pilgrimage to the old Gibson factory while in Kalamazoo, Michigan, with Grace Adele and The Grand Band. 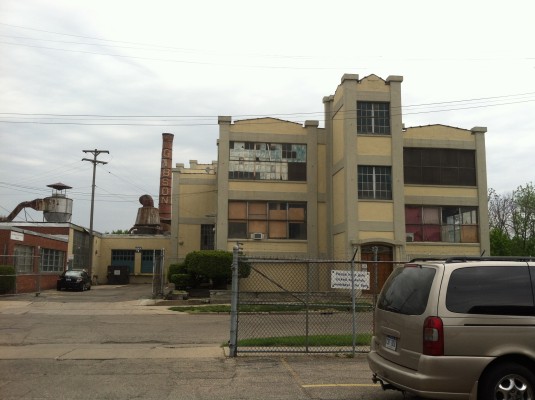 The view of the old Gibson factory from the front of the building. Note the smokestack.

And I transformed into Minnie Pearl. 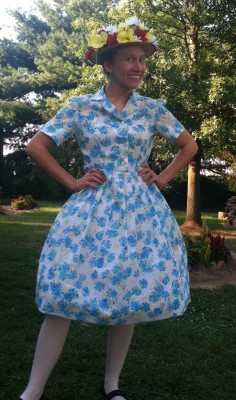 Galax was hopping this year, and IBMA in Raleigh proved to be a winning event. Then it was off to Europe for nearly the entire month of October with Valerie Smith and Liberty Pike, AKA “The Liberty Pike Girls.” 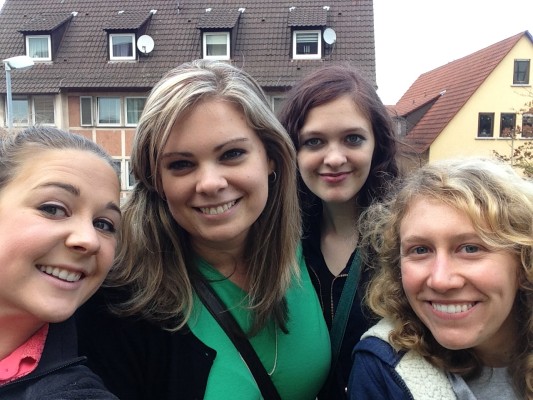 My favorite festival of the year is probably a tie between (1) Graves’ Mountain Festival of Music (Syria, Virginia), which I was introduced to while performing with Chris Henry and The Hardcore Grass in May, and (2) Seratoma Youth Ranch Bluegrass Festival (Brooksville, Florida), which was also a first-time event for me while performing with David Peterson and 1946 in November. Both are wonderful festivals that I would highly recommend.

Needless to say, my big New Year’s resolution is to share more stuff with you all on here. There are still more features we want to add to the website and make it the best it can be. So, in closing, I want to say a big thank you to every one of you for your support and friendship this year. I hope 2014 is a real winner for you all.